Is your latest E-Book bound with Malware? As more and more of our lives now play out online there’s an increasing number of ways in which we can be vulnerable to cyber attack. The latest vulnerability comes in the form of E-books that cyber criminals are using to hack devices. Although we have been told many times that the E-book is just like a paperback but on a screen, it now seems that there’s one big difference – paper can’t hack you.

The malware has come to light thanks to research done by Android Police, which has discovered some of the malware lurking in books on Google Play Books. The books in question are described as guides for popular games on Android devices promising cracked Android app packages i.e. they are basically cheater apps, which as most of us know are usually too good to be true. In reality, downloading them means introducing a whole heap of phishing and malware into your device and letting it run riot. The guides that the malware is using for its masquerade cost less than the game on its own so represent great value for money – which, of course, is a huge carrot to purchase.

If you want to protect yourself against this type of malware then it can be difficult to do as the creators are getting pretty clever. However, using your common sense is a great starting point – if the cost of something (and what it is promising to do) seem unrealistic then it could well be there to entice you to download a bad app. Try to read reviews before you download anything and check the guide – if that contains links to a dodgy looking website then avoid like the plague. Finally, if you think you might have come across one of these on Google Play Books then get it checked out by reporting it to Google. 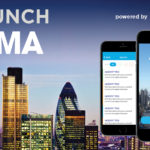