We have all been there – we sign up to a new site, or create a new online account before reading through the stream of jargon that makes up the Privacy Policy. At a push we might manage to skim through most of the Terms and Conditions, but rarely do we bother clicking on that tiny link right at the bottom of the page, that tells us exactly what happens to all our personal data that we are so keen to hand over.

A recent study in the US has made light of the growing concern amid consumers over the privacy of their personal data. One in three of the people asked also reported they had been directly impacted by misuse of personal data within the last year.

Yet while the overall level of concern is clear, there appears to be a divide in opinion as to how the issue should be addressed. Just over half (56%) of respondents were of the opinion that top organisations, such as social networks and credit card companies, are the ones who need to take action. Whereas 48% of the consumers that took part in the study claim to have taken things into their own hands by changing their online habits because of privacy fears. A staggering 80% that said the US Government should be more involved in implementing tighter regulations on how data can be used by companies.

Which leads us to the question of whose responsibility protecting data privacy really is – the companies’ or the consumers’? We as consumers do after all have the option of reading the small print and taking our business elsewhere. But should we have to, when so many companies are embedding get-out-clauses into their cleverly worded privacy policies? Is it time for the government to intervene – especially when they themselves are often questioned for their own line of ethics in regards to civilian privacy?

What is notably interesting with the results of this study is how consumer trust varies so greatly between industries. For example, online retailers in the US are still very much trusted by their customers, despite the major data breaches in recent months. Hailing the top spots are hospitals and healthcare providers, with social networks scraping into the bottom three. The latter can be seen as particularly ironic given just how much time we spend using them.

This in itself offers a reflection of the differing attitudes between generations that was also highlighted by the study. Older participants voiced far more concern than younger ones, who in turn are more likely to sign up to the lesser trusted sites, despite their deeper understanding of Internet technology and digital data.

If you would like to find out how your company can better protect its data then ITC Secure Networking can help. Just call us for more information. Threats to Your Mobile, and How to Prevent ThemNews 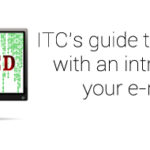 You’ve Been Hacked: ITC Security’s Guide to Dealing with an Intruder in Your EmailNews